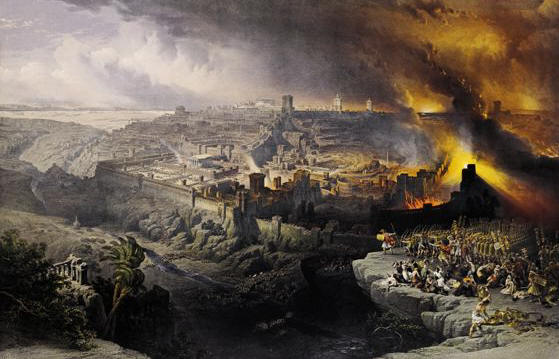 Talbot-Jason has posted a superb example of the “full preterist presuppositions” that have increasingly emerged from within the church in history.
The Westminster Confession of Faith:
Q. 85. Death being the wages of sin, why are not the righteous delivered from death, seeing all their sins are forgiven in Christ?
A. The righteous shall be delivered from death itself at the last day, and even in death are delivered from the sting and curse of it; so that, although they die, yet it is out of God’s love, to free them perfectly from sin and misery, and to make them capable of further communion with Christ in glory, which they then enter upon.

As one can see, there is a flat contradiction between the Westminster Confession’s full preterist presuppositions and its futurist exegesis.  The flawed eschatological exegesis of the post-apostolic church has said that the Resurrection of the Dead is yet future, while the church’s Spirit-presupposition has always, and increasingly, taught that the Resurrection of the Dead stands wholly consummated in the body of Christ today and forever.
Talbot-Jason:
Oh, we’ll receive a nasty blow alright, but Death will not hold us down for the count.
Jesus:
“Whosoever liveth and believeth in Me shall never die. Believest thou this?” (Jn. 11:26)
Talbotism’s unspoken answer:
“No.”
Talbot-Jason:
our enemy’s name is Hades
My response:
God crushed the enemy of the saints beneath the feet of the church about 2,000 years ago (Rom. 16:20; Rev. 3:9), the cardboard of Talbotism notwithstanding.
Talbot-Jason:
. . . i used to float around Florida and Tennessee with my big ole swollen head, . . . with my superior reasoning skills
My response:
Under Dr. Talbot’s tutelage, Talbot-Jason has indeed undergone a startling transformation:  He has gone from one who was puffed up wearing the badge of Full Preterism, to one who is puffed up wearing the badge of Historic Orthodoxy.
In the Talbotian error, only Jesus has attained to the fulness of the promise made to the fathers, while Jesus’ disciples in heaven (or in Hades, according to Talbot-Jason) remain in the diabolical grip of Corruption and Death, and will remain in that state of “groaning” until AD 1,000,000 (or whenever).  And yet at the same time, Jesus’ disciples in heaven have been “delivered from the sting and curse of death” and are “in perfect freedom from sin and misery” (WCF, quoted approvingly by Talbot-Jason).            🙂
And, while the saints are in heaven today, their spirits are not really separated from their physical bodies.  It only appears that way to the church.  Fortunately the church has Dr. Talbot to remove the veil of Illusion from the face of Death.  If it wasn’t for his insight, we would all think the saints in heaven today are living with Christ separate from their physical bodies.        :^)
Yes, it is hard to believe that Talbotism prides itself on its superior use of logic, and its avoidance of all theological paradox.       🙂        :^o        :^O
I would agree though that Talbotism is free of paradox.  It’s fraught with full on, universe-shattering Contradiction.

(PDF Book) – The Coming of the Sun of Righteousness Shining from the East to West – Failure, Future or Faithfully Fulfilled in AD 70?